Ginger, a plant with a refreshing taste and aroma, is very popular since it can be used in several ways: in teas, desserts, and dishes. Even though it is quite useful in the kitchen, it is even more famous for its multiple health benefits. According to experts, texts from China, India, and the Middle East have praised its great benefits from ancient times. Read on to know more about the health benefits of ginger!

Which Are the Components of Ginger?

Which Are the Health Benefits of Ginger?

Drinking a cup of ginger tea could help you prevent colds, sore throat, and nasal congestion. For best results, add a dash of honey to your delicious ginger tea.

In a study published in 2012, experts from the University of Columbia, one of the most prestigious institutions in the United States, conducted research to determine if ginger helped with weight loss. They found that those who participated in the study experienced an increased feeling of fullness and less hunger after drinking ginger tea.

Ginger is a great ally for people with diabetes since experts assert that this plant helps control blood sugar levels and reduce triglyceride levels in patients with type 2 diabetes.

Some studies have shown ginger could help prevent cancer since it fights against cancer cells.

Recent studies have shown the effectiveness of ginger for menstrual cramps since its anti-inflammatory and pain-killing properties could help relieve cramping and inflammation.

Ginger for the Heart

Evidence suggests that ginger has great benefits for the heart since a study published in 2016 showed that consuming this plant could protect against heart diseases and low blood pressure. On top of that, ginger could also help prevent heart attacks, reduce cholesterol levels, and improve blood circulation.

What else is ginger good for? To relieve pain. Different studies conducted by scientists have shown ginger is great for relieving pain caused by osteoarthritis. If you suffer from this condition, go make yourself a cup of warm ginger tea, you will surely feel much better.

The Surprising Benefits of Cabbage
Leer en españolCabbage belongs to the family of cruciferous vegetables, which have very few calories and multiple health benefits. This plant rich in fiber is a great option to prepare delicious soups, stews, and salads that you will surely love. Moreover, it is also a budget-friendly and yielding ingredient. Is Cabbage Rich in Vitamins and Minerals?Cabbage is, indeed, one of the best foods for your diet as it is full of vitamins and minerals like:Vitamin KVitamin CVitamin B6Vitamin AFolic acidCalciumIronPotassiumMagnesiumTherefore, it is a good idea to make a delicious cabbage soup or a carrot and cabbage salad to serve with your meals. Which Are the Health Benefits of Cabbage?Believe it or not, several scientific studies have shown that cabbage has multiple health benefits since it is good for the heart, helps improve digestion, could help prevent diabetes and cancer, and lowers cholesterol levels. Read on to find out more about why you should eat more cabbage.Cabbage Improves Digestion Thanks to its high fiber content, cabbage is the perfect option for people with constipation or for those who want to improve their digestion. Since this vegetable is rich in insoluble fiber, it helps increase the number of good bacteria in the intestines, which is good for the immune system.Cabbage for the Heart Red cabbage, also known as purple cabbage, is rich in a chemical called anthocyanin, hence its bright color. Most importantly, scientific research has shown that anthocyanin lowers the risk of heart disease. In addition to this, everything suggests that eating foods rich in anthocyanin could help lower blood pressure and reduce the risk of diseases in the heart’s main blood vessels. Now you know, cabbage contains about 36 types of anthocyanins, which makes it the perfect food to take care of your heart.Can Cabbage Prevent Type 2 Diabetes?Although further research is required, a recently published study points out that a diet rich in cabbage may lower the risk of type 2 diabetes. In this case, the participants ate significant amounts of vegetables, fish, apples, pears, oats, and rye bread.Cabbage Is Rich in Vitamin C As everyone knows, vitamin C is highly important for proper body functioning, making cabbage a good option. On one hand, vitamin C helps the body absorb iron and is needed for collagen production, which is essential for the skin, muscles, bones, and even the veins.On the other hand, vitamin C is a powerful antioxidant, which stresses the need to eat more food rich in this vitamin to fight the effects of free radicals. Remember that, when it comes to antioxidants, red cabbage contains 30% more than green cabbage.Cabbage for Cholesterol If you have high cholesterol levels, it is best to eat more vegetables and healthy foods since high cholesterol means a higher risk of heart disease.In the case of cabbage, experts have found that it contains two substances that lower bad cholesterol levels. Nowadays, high blood pressure affects a large part of the Mexican population, so people should change their diet to eat more healthy foods since high blood pressure implies a higher risk of heart disease and heart attacks. Therefore, those with this disease should eat more foods rich in potassium that will help them control their blood pressure.Cabbage is the best option for people with high blood pressure because it is packed with potassium and other nutrients.Can Cabbage Fight Cancer?In the last decades, several scientific studies have shown the importance of diet to fight cancer. It is worth mentioning that cabbage is rich in sulforaphane, a chemical compound that could help prevent cancer. Besides that, cruciferous vegetables have also been linked to a lower cancer risk. According to recent research, sulforaphane could help fight skin cancer, prostate cancer, and pancreatic cancer.Fun Facts About CabbageAccording to Mexico’s Agriculture and Rural Development Ministry (Sader), cabbage arrived on the American continent in 1541 thanks to a French man called Jacques Cartier. Cabbage is rich in vitamin A, vitamin B6, vitamin C, potassium, and fiber. There is a wide variety of cabbage: Copenhagen Market, Superette, Emerald Cross, Royal Vantage, Red Rockie, and Sure Vantage, to mention some. The Best Cabbage RecipesCabbage and Chickpea Soup Chicken Breast-Stuffed Cabbage Rolls Creamy Cucumber, Chayote, Cabbage, Ham, and Celery Salad Chicken Cabbage Soup Ground Beef-Stuffed Cabbage RollsTranslated by Miranda Perea

The Twelve Grapes, a New Year Tradition That Will Bring You Good Luck
Leer en españolOne stroke, one grape, and one wish is a New Year tradition that has become one of the most popular good luck rituals due to all the things it represents. Even considered magical by some, this ritual is performed at midnight when the number 12 is repeated: 12 strokes, 12 o’clock, 12 months, 12 grapes, 12 wishes. Just like some people believe that taking empty suitcases around the block will ensure a lot of traveling during the new year, others are convinced that eating grapes at the stroke of midnight will guarantee a year with goals and wishful thinking for the new period that begins. Moreover, it adds a bit of adrenaline and fun to the night to find out who can follow the pace of the strokes while eating the 12 grapes.However, this tradition, which is highly popular in Latin America, is actually from Spain. According to the book Spain by journalist Jeff Koehler, the origin of this good luck ritual has two possible theories: One located in the 19th century and the other in the early 20th century.The first hypothesis asserts that the Spanish bourgeois wanted to do as their French counterparts, whose New Year’s Eve celebration involved eating grapes and drinking sparkling wine.The tradition then passed on to people in Madrid, who went to the Puerta del Sol to listen to the strokes at midnight and to eat grapes, like the wealthy, but with irony and mockery.The second hypothesis mentions that farmers in Aledo, Alicante had a surplus of harvested white grapes and decided to sell them at a low price.Nowadays, these grapes are so famous that they are known as “good luck grapes” and they are even sold in Aledo in 12-piece special packages to welcome the New Year. Kick-starting the year with good wishes is always a great way to get inspired and manifest prosperity for the new cycle that begins. Whether you eat grapes or not, New Year’s Eve is always a day full of optimism that we want to share with you with these 12 tips to welcome the new year.Translated by Miranda Perea 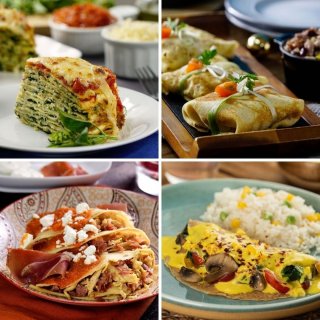