Night of the Radishes, a Little-Known Christmas Celebration in Oaxaca

While carving ghoulish faces into bright orange pumpkins is a ubiquitous sign of the Halloween season, radish carving has been a popular Christmas tradition in Oaxaca, Mexico, for over a century. Noche de los rábanos, or Night of the Radishes, takes place on December 23 and it is the most anticipated Christmastime celebration in Oaxaca during the holidays.

This whimsical tradition began as a way for vendors to feature produce in a unique and ingenious way to make their stalls stand out and boost sales. Back in 1897, Oaxaca Governor Francisco Vasconcelos organized the very first exhibition of carved radishes after admiring the festooned stalls packed with intricate radish trinkets on the day before Christmas Eve.

Over time, the Night of the Radishes evolved into a competitive annual pre-Christmas festival where locals carve radishes into ephemeral works of art featuring traditional Nativity scenes, religious depictions, and everyday Oaxacan imagery. Even though radish carving is the most popular category, ornate scenes made from both totomoxtle (dried corn husks) and flor inmortal (preserved flowers) are featured in the festival as well.

The radishes used in la noche de los rábanos are grown three months prior to the festival and are grown solely for carving. Each radish will measure up to 1.5 feet long and will weight around 7 pounds, unlike other radish varieties. Once the colossal radishes are ready to be harvested, men, women, and even children gather in the fields to collect up to fourteen tons of radishes that will end up being part of the Christmas Radish Wonderland display in Oaxaca’s main square on December 23.

The radish carving tradition has carried on for over a century now and will continue as a popular Christmastime celebration in Oaxaca in the years to come. So, the next time you enjoy a traditional pozole topped with radish slices, remember that there is a little-known Christmas tradition where crimson-and-white carved radishes take over Oaxaca, Mexico!

3 Reasons You Need Popcorn in Your Diet
Leer en españolPopcorn can be part of a well-balanced diet if you know how to prepare it since it contains important nutrients and offers a wide variety of health benefits. Popcorn is a special kind of corn that explodes when exposed to heat. This happens because the core of each kernel contains a small amount of water that expands when heated and makes the kernel pop.While it may not seem like so because it is a very popular snack, popcorn is a whole food, which makes it high in several nutrients and, according to different studies, there is a link between eating whole grains and health benefits like reduced inflammation and less risk of heart disease.A serving of 3.5 ounces of popcorn contains the next nutrients:Vitamin B1 (thiamine): 7% of the DRIVitamin B3 (niacin): 12% of the DRIVitamin B6 (pyridoxine): 8% of the DRIIron: 18% of the DRIMagnesium: 36% of the DRIPhosphorous: 36% of the DRIPotassium: 9% of the DRIZinc: 21% of the DRICopper: 13% of the DRIManganese: 56% of the DRIThe previous comes with a total of 387 calories, 0.4 ounces of protein, 2.7 ounces of carbohydrates, 0.1 ounces of fat, and 0.5 ounces of fiber, a high amount that makes this portion of popcorn one of the best sources of fiber in the world. There are many ways to make popcorn and perhaps the most popular version is the prepacked one that can be cooked in the microwave. However, most microwave bags are coated with a chemical substance called perfluorooctanoic acid (PFOA), which has been linked to multiple health conditions.To make healthy popcorn, it is best to cook the kernels on the stove with only 3 tablespoons of oil, which can be either olive or coconut oil. This amount of oil will be enough to prepare half a cup of popcorn kernels and you will only need one teaspoon of salt for seasoning. If you want extra health benefits, you can sprinkle popcorn with nutritional yeast. Nutritional yeast has a nutty and cheesy flavor and contains several important nutrients including protein, fiber, vitamins B, and different minerals.Translated by Miranda Perea 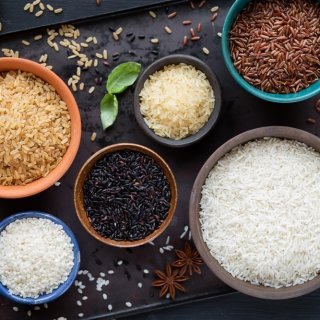 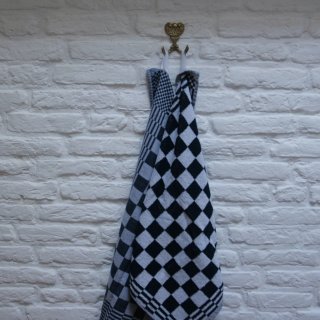